My blog has been lacking some of the features that a lot of my ride a long fans have loved like fitness and I am apologizing publicly for that but Friday is going to be my frugal fitness and motherhood segment from here on out!

As you may have noticed my title is motherhood, fitness and frugal hmmm I wonder why! Lol, it’s because I am a frugal mom who loves fitness!

Let me start with my body has changed so much since becoming a mom, well of course all our bodies change but I was a teenager when Jayden was born so my body was still changing for the sake of normal growth. I have in the last 8 years gone from 140 to 200.7 to 113 to 178 to 130 to 170 to 140, 140 was my fighting weight in high school it is my fighting weight at 25. That’s my ‘story’ simply put, but what does it have to do motherhood and frugal?

Let’s tackle frugal first, after Jayden I spent so much money on how to get skinny, lose the baby weight, blah blah blah crap. Yup, crap. I don’t lose weight while nursing! Does.Not.Happen. But I lifted weights, I ate healthy and I ran, well sprinted its hard as shit for a smoker who is over weight to run- I didn’t smoke but one or two ciggerettes a day while nursing (not a good choice I know). Then I stopped nursing, started obsessing about my wedding and stopped eating I hit 140, 135, 130, 120, 113<–what I was when I found out about Brett in my belly and my family started worrying about anorexia :(, motherhood makes fitness hard, I don't want to put my baby in a daycare at a gym, I don't want to leave them so for me I decided to not eat that isn't fit it's sick. I find even at this point in motherhood fitness is hard, I have the swing of mommy down but fitness doesn't always feel compatible. I work out with my friend Suzanne and my friend Leeza- I P90X with S and run with L…but I sprained my ankle and broke my toe all in like 9 days so no running till Sunday, and S kids had Some tummy bug and now Emmy has it so no P90X today…bummer but I have learned to have a back up (btw I hate to workout and feel like I'm ignoring my kids!) well I have put together some park workouts while kids play!! Yay for congealed motherhood and fitness

Now for frugal- fitness can be frugal! I no longer have home Internet (hence the awesome typos from my iPhone) but even with just an Internet capable phone you can do bodyrock.tv which I love and pop Pilates on YouTube or you can check in here on Fridays from my workouts and schedule…just not this week! My friggin thumbs hurt after all this!
Schedule though for next week
Monday P90X + run
Tuesday park workout + legs
Wednesday P90X + run
Thursday park workout + legs
Friday P90X + run

Just ftr I weigh between 145 and 140 in all the pics below and I was 130 when I got married and wore my wedding dress 5 years later at 140 and looked so much better in it! 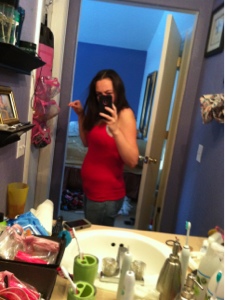 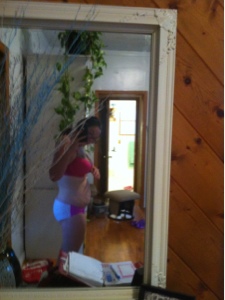 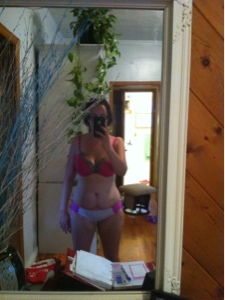 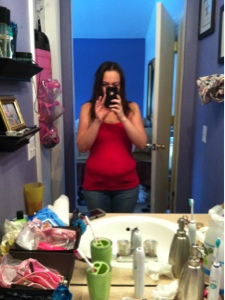 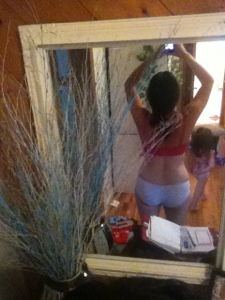